Back One Page
Brick 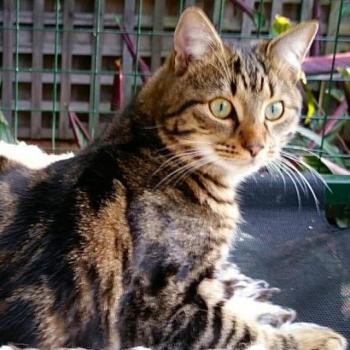 Brick, Tennessee and William are brothers and were born in the roof space of a suburban house. Hence were named after Tennessee Williams' play Cat on a Hot Tin Roof. Brick was named after the main character played by Paul Newman in the movie.

The boys are over 2 years old and are very friendly and playful. They are still very kittenish in their behaviour. They love their toys and wrestling and chasing each other. They purr very loudly, love pats and run to people for attention. They love playing together and like dogs too. They have short, very soft silky coats.

Tennessee is the boldest, and he loves his foster carer's dogs. William is the prettiest but can be a bit shy of new people. Brick is the smallest and is probably the most suited to being an only cat. He is a little more independent but still loves his pats and attention. They are located in the Parramatta area.

Back One Page
Moorook Animal Shelter is a not-for-profit organisation that relies on your support. Please help us to continue saving lives by clicking on the donation button below.